Our fluorescent polystyrene microspheres can be used for a wide range of applications including medical diagnosis, blood flow determination, tracing, in vivo imaging, calibration of imaging and flow cytometry instruments.

Our dyes are incorporated throughout the bead and not just on the surface, so they are relatively immune to photobleaching and other environmental factors. Dyes leak will not happen even after high-speed centrifugation. Carboxylated microbeads have a high density of homogeneous distribution of carboxylic acids on the surface, which makes carbodiimide (EDAC) and other water-soluble imines reagents covalently coupled protein and other amino-containing biomolecules easy to pass.

Our fluorescent polystyrene microspheres can be used for a wide range of applications including medical diagnosis, blood flow determination, tracing, in vivo imaging, calibration of imaging and flow cytometry instruments.

Our red fluorescent polystyrene microspheres can be used for a wide range of applications. Our dyes are incorporated throughout the bead and not just on the surface, so they are relatively immune to photobleaching and other environmental factors. 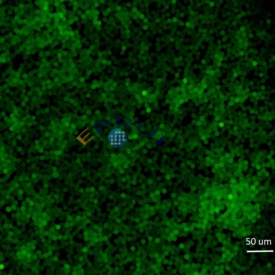 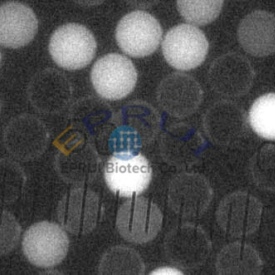 Based on the same or even better quality, we offer much more competitive price than domestic and overseas rivals.

If order above USD$1000, we offer free delivery service.

1. What are Fluorescent Microspheres?

Due to the concentration of organic or inorganic substances capable of emitting fluorescence in a single microsphere, fluorescent microspheres have a wide range of applications in many fields such as biochemistry, biomedicine, clinical medicine, genetic analysis and optical instruments.

1) Application in marking and tracing

Mix the fluorescent microspheres with ligands on the surface that can bind to the test object and the radiolabeled test objects.

3) Application in immunoassay and drug screening

Fluorescent microspheres can be used as diagnostic reagents in immunoassays.

Fluorescent microspheres can be used as immobilized carrier for different detection objects in the detection of biological samples.

As a carrier, different fluorescent microspheres correspond to different capture antibodies and recognize different antigens,which realize the qualitative and quantitative detection of a variety of test antigens.

Enzymes can be fixed on fluorescent microspheres by physical adsorption or chemical bonding. Due to the three-dimensional shape of the enzyme is fixed, it not only has good pH stability, thermal stability and storage stability, and are easy to separate from the reactants, which can be reused and improve the use efficiency.

Therefore, the immobilization of enzymes or other biologically active substances on the fluorescent microsphere carrier is more conducive to its function.

Fluorescent microspheres also have important applications in the measurement of cell flow cytometry and optical instruments, especially in the calibration of confocal microscopy.

In terms of cell flow cytometry, it is mainly used as a standard for measurement and for calibrating cell flow counters.

The physical adsorption method is generally to dissolve a water-insoluble fluorescent substance in a water-soluble organic solvent such as acetone and ethanol, and then mix it with a water-dispersed system of a microsphere carrier. Is electrostatic) to the microsphere surface. 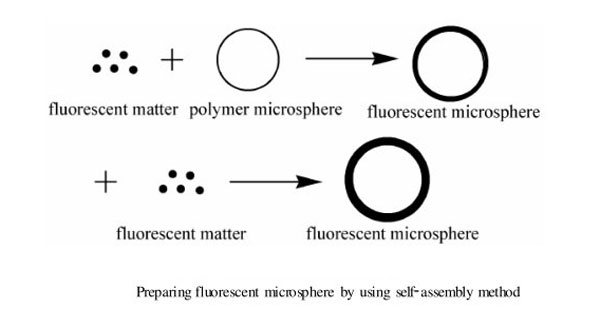 This method mainly uses inorganic or organic colloidal microspheres as a film-forming template. By electrostatic adsorption on its surface, inorganic or organic fluorescent nanoparticles can be obtained and assembled into membranes with different kinds of polyelectrolytes in an alternating manner. However, there are many steps to prepare fluorescent microspheres by this method, and the process is complicated.

Polyelectrolyte. This method is too complicated and is impossible for large-scale production. Later, People developed layer-by-layer self-assembly technology based on further research.

This method mainly uses inorganic or organic microspheres as the core.

Fluorescent microspheres are prepared by assembling fluorescent polyelectrolytes or fluorescent nanoparticles on their surfaces. The shell thickness of the obtained microsphere can be easily controlled by changing the number of cycles.

At the same time, the size and shape of the shell can be determined in advance by the size of the core used. This core-shell fluorescent microspheres have special properties with significant differences from nuclear (e.g. different chemical composition, good stability, high specific surface area, different magnetic and optical properties)

The basic principle of this method is to uniformly disperse the fluorescent material (including quantum dots) in the medium, using polymerization or microencapsulation methods 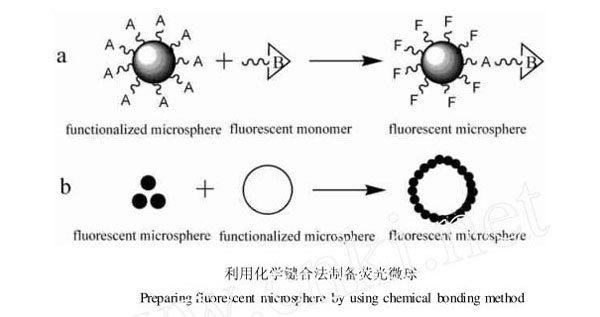 5. Who are our customers?

Our university and research entity customers including:

Our company customers including:

For detailed steps, please visit: How to Buy